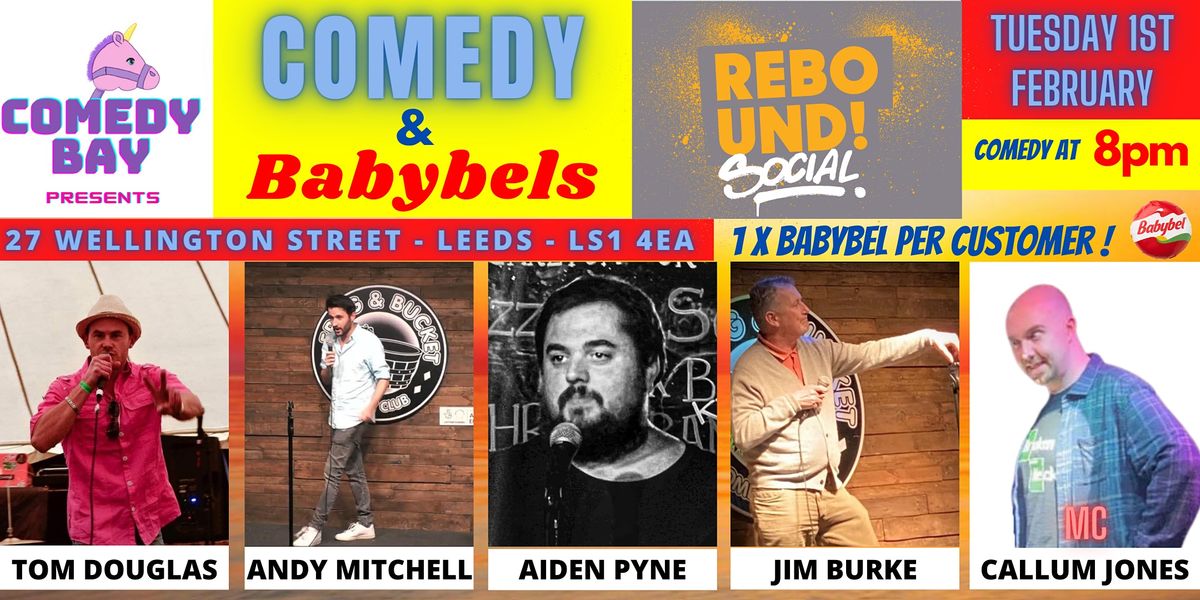 Advertisement
Comedy AND Babybels! Join MC Callum Jones ("A Danger to Himself and to Society”) and 4 top comedians for a night of high energy comedy!
About this Event

Comedy AND Babybels! Join MC Callum Jones ("A Danger to Himself and to Society”) and 4 top comedians for a night of high energy comedy!

Your acts at Rebound Social for the evening…

Sheffield lad Tom is a Decorator by day. As well as being a very funny chap he's one half of the Rapping Deccys and one quarter of Sheffield band Spit 'n' Strings. If the music and comedy don't work out he can always get work as a Phil Mitchell lookalike. Expect a mix of sharp one liners, unique observations and a high energy performance.

Andy Mitchell is a story-telling comedian from The Hudd (Huddersfield). Andy is perhaps best known for his friendship with Joe Exotic (currently incarcerated). Career highlights include interviewing The Red Power Ranger and asking Paddy McGuinness if he’d like to go to popular Bolton-based nightclub ‘IKON’ (now destroyed).

All words he would use to describe himself.

Aiden is an Australian with British citizenship. He's wild, unpredictable and full of whimsy. A unique blend of character work, poetry and needing attention.

Aiden is the kind of act where if you need to go to the bathroom during it, you will not. Your laughter will outweigh your needs. Your slight discomfort at your own insides will not deter you from enjoying the ever loving chaos of this comedian.

After being banned several times for the repeated use of a word that - in Glasgow - is a term of affection, Jim has recently returned to Twitter as @barcajim3 (and now regularly uses the term '*redacted word*' in most of his interactions.

Callum has been described by many as "troubling" and "a danger to himself and society", however such glowing reviews haven't gone to his head and his feet remain firmly planted on the ground. He thinks his ultimate goal is life, liberty and the pursuit of happiness, but he's not entirely sure about that so usually just settles for something with salted caramel in.

"My client has no comment at this time" - Callum's Solicitor

Suitable for ages 18+. Acts may use strong language and explore mature themes. Line-ups subject to change without notice. 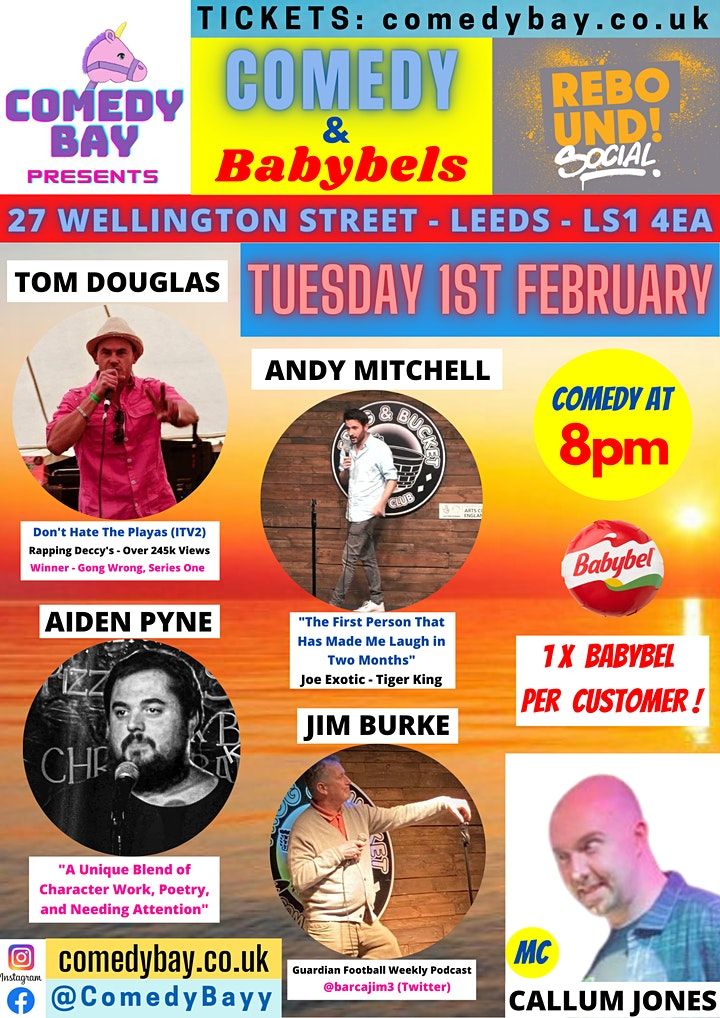 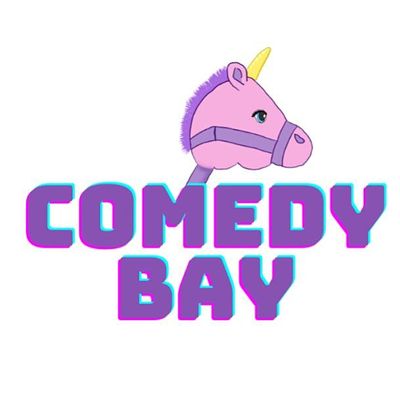