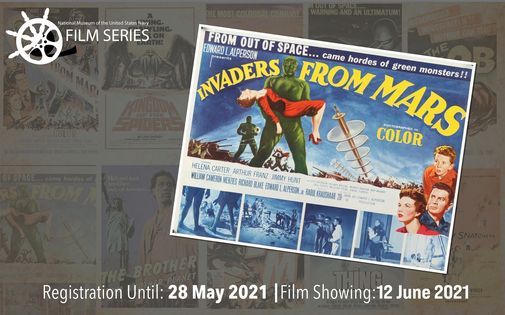 **Register by May 28. Registration on Eventbrite two weeks in advance of any screening is required.** Email [email protected] with questions.
Note: Due to security requirements at the Washington Navy Yard, you will need to park outside the base and then be escorted onto the base and to the museum. If taking Metro, exit at the Navy Yard stop and walk a few blocks to the Navy Yard. Please be outside Navy Yard Pass and ID Office (11th and O Street) **by 11:00 am** on the screening date. A museum educator will be there to bring you onto the base.
----------
Kick off summer at the National Museum of the U.S. Navy with films celebrating classic science fiction movies produced during the geo-political period known as the "Cold War" (1947-1991). All films start at 11:30 am, followed by a short tour of the museum's Cold War Gallery. Light refreshments will be available at each screening. The series begins on Saturday, June 5th in the Museum Education Center at the Washington Navy Yard, Building 76, and will run every Saturday through July 31st.
----------
Sci-fi films played on the tensions and fears of the time by having themes and characters associated with alien invasion and infiltration, monsters created by radioactive fallout, and the near annihilation of the world. They reached their peak in the 1950s to early 1960s with an estimated 500 films having been produced. Many would become cult classics of the genre.
Today, science fiction movies continue to enjoy a large and dedicated following. While some of these films have been re-made to varying degrees of box office success, the original versions (many in black and white) remain a lasting testament to the era in which they were made and are important contributions to the fabric of American popular culture.
Film Screenings Schedule:
* June 5 | The Day the Earth Stood Still (1951) | Register by May 21
* June 12 | Invaders from Mars (1953) | Register by May 28
* June 19 | Them! (1954) | Register by June 4
* June 26 | Invasion of the Body Snatchers (1956) | Register by June 11
* July 3 | The Blob (1958) | Register by June 18
* July 10 | King Kong vs Godzilla (1962) | Register by June 25
* July 17 | Kingdom of the Spiders (1977) | Register by July 2
* July 24 | The Thing (1982) | Register by July 9
* July 31 | The Brother From Another Planet (1984) | Register by July 16
#SciFi #SciFiFilmSeries #FilmSeries #ColdWar #NMUSN 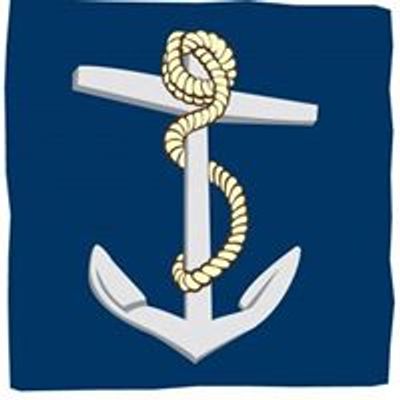 Host or PublisherNational Museum of the United States Navy