Cocktails with the Chiefs Event - Dallas 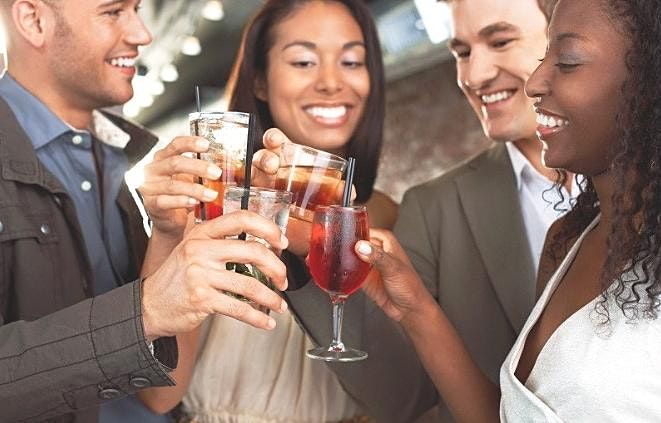 Our popular in-person Cocktails with the Chiefs event is back!
About this Event

Space is limited this year so please be sure to register early!

This event always offers incredible networking opportunities and this year will feature the following special panelists:

A special thanks to Steward Health Care for providing the venue for this event and to Sound Physicians for hosting the food and beverages!

Dr. Jim Allard is the Chief Nursing Officer at Medical City Children’s Hospital and Medical City Women’s Hospital – Dallas. Jim’s clinical and leadership tenure has span 23 years in nursing. As a frontline clinician he worked in pediatric critical care with a focus on pediatric congenital heart. As a driven nurse leader since 2008, Jim’s interests include civility, shared governance, evidence based practice, MAGNET and Just Culture principles. Jim’s current responsibilities include strategic development and oversight of nursing services, inclusive of all Women’s and Children’s areas.

Prior to his most recent role, Jim has served in various leadership roles in HCA Houston Healthcare Clear Lake, The Woman’s Hospital of Texas, Medical City Children’s, Children’s Health Dallas, Memorial Hermann Children’s Hospital and Nationwide Children’s Hospital. Jim earned a Doctorate of Nurse Practice at Texas Christian University, and Masters in Nursing Administration from the University of Texas Arlington. He holds a certification from ANCC as a Nurse Executive Advanced and is a member of ANA, TNA, TONL, AONL and ACHE. He has served on the TONL Membership Committee, Texas Team Practice Committee and was appointed to the TNA Policy Council where he has chaired the Maternal Mortality Task Force and most recently serves as the Workplace Advocacy and Practice Committee Chair. Community service includes serving on the ANA Professional Issues Panel as a Steering Committee member, updating the fatigue position statement. Jim has been an ACHE member for 4 years. He is a member of the ACHE LGBTQ Healthcare Leaders Community, and recently appointed to a 2-year team on the ACHE LGTBQ Healthcare Leaders Community Committee. Jim also serves as the Diversity and Inclusion Committee’s Vice Chair. His personal leadership vision is “To develop the leader in every nurse.”

Prior to his current role, Kevin served in various leadership positions at HCA Houston Healthcare West, Lake Granbury Medical Center and Cedar Park Regional Medical Center. Kevin holds a Bachelors of Business Administration and Biology from Abilene Christian University and a Master’s of Science in Health Care Administration from Trinity University. Kevin has served on multiple leadership boards in Granbury and Houston, and currently serves on the Board of Directors for the Prosper Chamber of Commerce. Kevin also participates on the Texas Hospital Association’s Leadership Development Council and the Dallas Regional Chamber’s Policy Advisory Council and Innovation Task Force.

“Knowing that every child’s life is sacred, it is the Promise of Cook Children’s to improve the health of every child through the prevention and treatment of illness, disease and injury.”

Brett Lee serves as the inaugural president of Texas Health Hospital Frisco (a unique joint venture between Texas Health Resources and UT Southwestern), being named to that role in 2019.

Lee brings a wealth of health care experience to the position, having spent the majority of his career in leadership roles in pediatric hospitals, including serving as vice president of operations and clinical services at Children's Medical Center of Dallas, where he worked closely with UT Southwestern to help plan the opening of a new hospital campus in Plano and collaborated on the recruitment of multiple faculty members. He also has extensive experience working in complex joint venture environments, having served as the president of a joint venture between Tenet Healthcare and Baylor Scott & White Health that operated five hospitals in North Texas.

Mr. Lee holds a Bachelor of Science Degree in Physical Therapy from the University of Oklahoma, a Master of Health Science Degree in Health Finance and Management from the Johns Hopkins School of Public Health, a Master of Science in Leadership Development Degree from the University of Pennsylvania Wharton School of Business, and a Doctorate in Allied Health/Physical Therapy from the Massachusetts General Hospital Institute of Health Professions.

Mr. Lee is the lead author of the bestselling book Growing Leaders in Healthcare: Lessons from the Corporate World, published by the Health Administration Press, and the subsequent American College of Healthcare Executives self-study course Creating a Leadership Development Program in your Healthcare Organization. He then went on to publish three additional books, Managing Clinically: What can Medicine Teach us About Leadership, Voices from Riley; a Collection of Prayers from a Top Children’s Hospital, and his newest book, The Healthcare Leader’s Guide to Actions, Awareness, and Perception (which received the James A. Hamilton Award as the 2017 “book of the Year” by the ACHE).

Mr. Lee was given the Robert S. Hudgens Memorial Award as the national young healthcare executive of the year by the American College of Healthcare Executives (ACHE), was recognized as a “Rising Star” of the healthcare industry by Becker’s Hospital Review, was named as an “up and comer” by Modern Healthcare, and the Dallas Business Journal named Lee as one of their “Who’s Who in Healthcare”.

Lee is married to his high school sweetheart, Mindy, and they have one school-age son, Preston. In his free time, Lee is an avid runner and enjoys traveling with family.

Felicia Miller, MBA, SPHR, SHRM-SCP, CHHR is the EVP & CTO at Parkland. Felicia has more than 30 years of leadership experience in healthcare HR across both non-profit and for-profit health systems, including more than 22 hospitals and approximately 187,000 employees. Her most recent experience as Chief Human Resources Officer for Tenet Healthcare Corporation’s Texas region saw her leading the charge for comprehensive talent management in a heavily data-driven culture while fostering cross-functional working relationships with executive counterparts across divisions.

Prior to her time at Tenet, Felicia spent 19 years with Presbyterian Hospital Dallas and Texas Health Resources. Her tenure with PHD included roles with increasing responsibility and seniority, having progressed from a career center coordinator to manager roles, senior HR generalist and director of HR.

Benton Sprayberry is the Vice President of Operations – South Region for Steward Health Care, and has served in other roles for Steward Health Care since joining the organization in November 2018. She’s had responsibility for a variety of services, projects, and initiatives across the entire system during her tenure. Most notably, robotic service lines, wound care centers, hospital-based service providers, as well as hospital closures, divestitures and acquisitions. In her current role of VP of Operations, Benton oversees operations for 12 acute care facilities in Texas, Louisiana, Arkansas, and Florida.

Prior to Steward Health Care, Benton served in operational roles for Community Health Systems at three of their acute care facilities in Alabama. Benton holds a Bachelor of Science in Biomedical Science from Auburn University, a Master of Science in Healthcare Administration from the University of Alabama in Birmingham (UAB), and is a Fellow with the American College of Healthcare Executives.

In her free time, Benton enjoys taking and teaching both yoga and Pilates classes, volunteering with her French bulldog (Louis) through Therapy Dogs International, serving the community and state through a number of non-profit organizations, serving as a Board Member for the North Texas Chapter of ACHE, and traveling with her significant other.

Thank you, Sound Physicians and Steward Health Care for hosting this event! 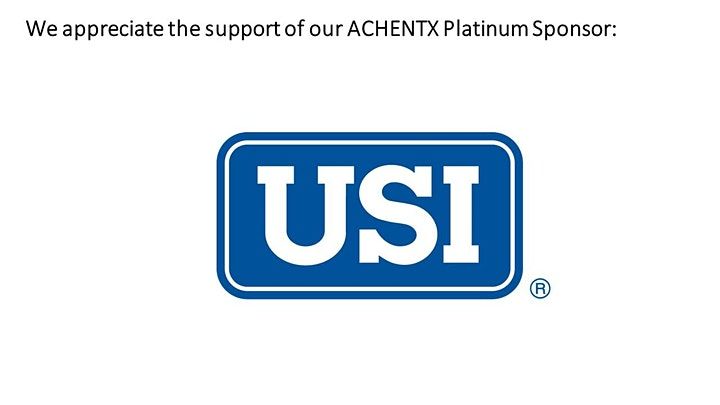 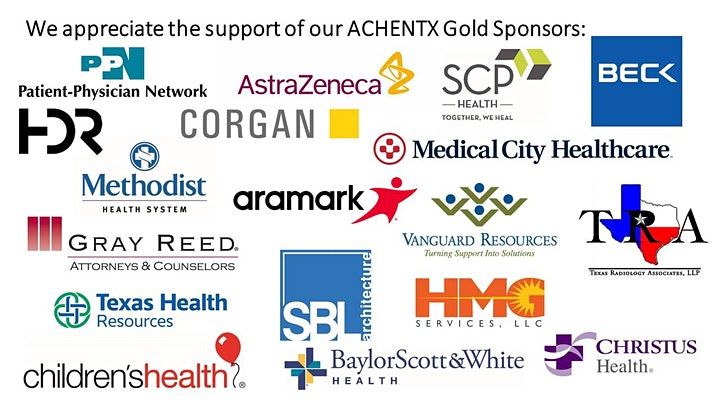 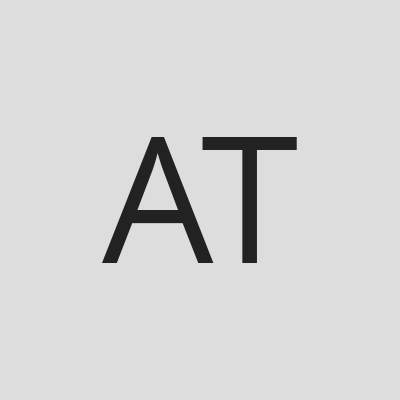 Host or PublisherACHE of North Texas