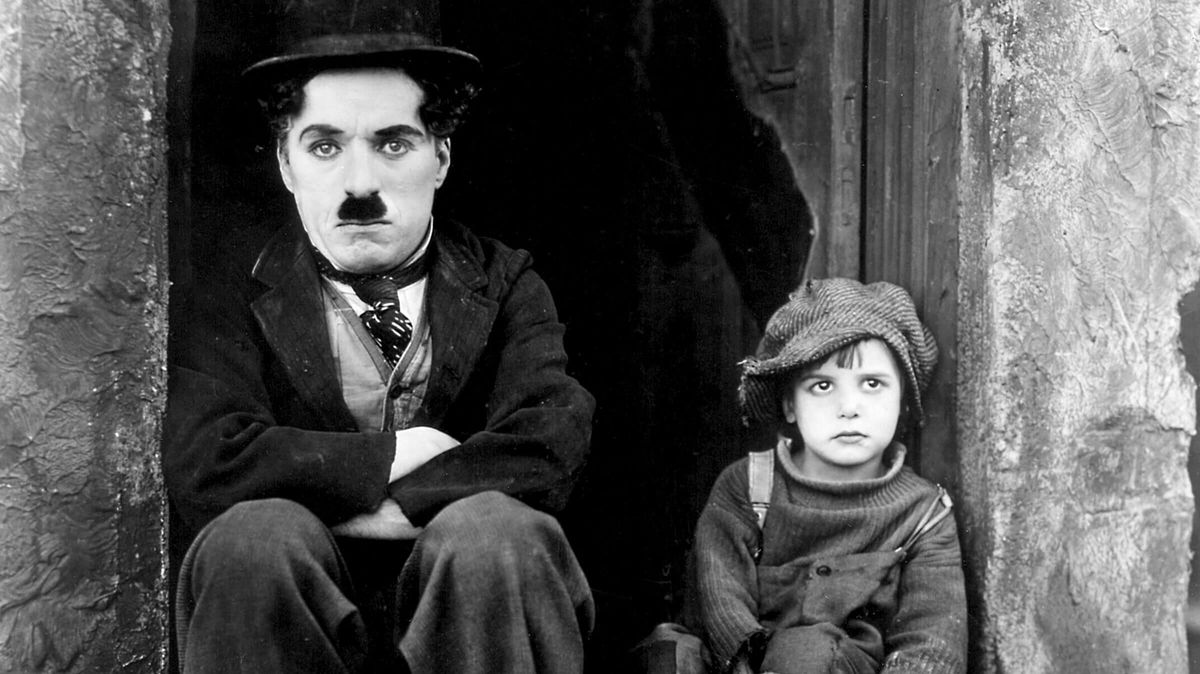 Advertisement
*In-Person* Screening of the 1921 silent movie The Kid by Charlie Chaplin, with live improvised Erben organ accompaniment by Peter Krasinski
About this Event

ABOUT THE EVENT
Friends of the Erben Organ presents an event not to be missed: a unique screening of THE KID by Charlie Chaplin. Celebrating the iconic film's 100th anniversary, PETER KRASINSKI, acclaimed silent film accompanist, brings the film to life on the magnificent 1868 Henry Erben pipe organ. A landmark event, it is the first time the Erben has ever accompanied a film in its 153-year history.

In the era of silent films, musical accompaniment was improvised in real-time as the movie unfolded on the screen. No two film presentations were alike. This unique art from a bygone era lives on in the masterful improvisations of Peter Krasinski. Charlie Chaplin's first feature-length comedic drama, THE KID, celebrates its 100th anniversary this year. Since it is all live, your presence and reactions are all part of this special experience.

Peter Krasinski will engage the full musical resources of the historic 1868 Henry Erben organ to help bring the movie to life. This is Charlie Chaplin’s first full-length feature, and it has secured a solid place in the pantheon of cinematic masterpieces. A century later, it still delights audiences of all ages.

Before the film starts, Peter Krasinski will play a short overture on the historic Henry Erben organ. This will be projected onto the large screen, so that the audience can enjoy seeing Mr. Krasinski at the Erben's keyboards.

Please Note: In accordance with , we will require attendees age 12 and older to show proof of at least one dose of the Covid vaccine. Masks required. All event staff and performers are vaccinated. We will have sanitizer and face coverings available for those who need them. . 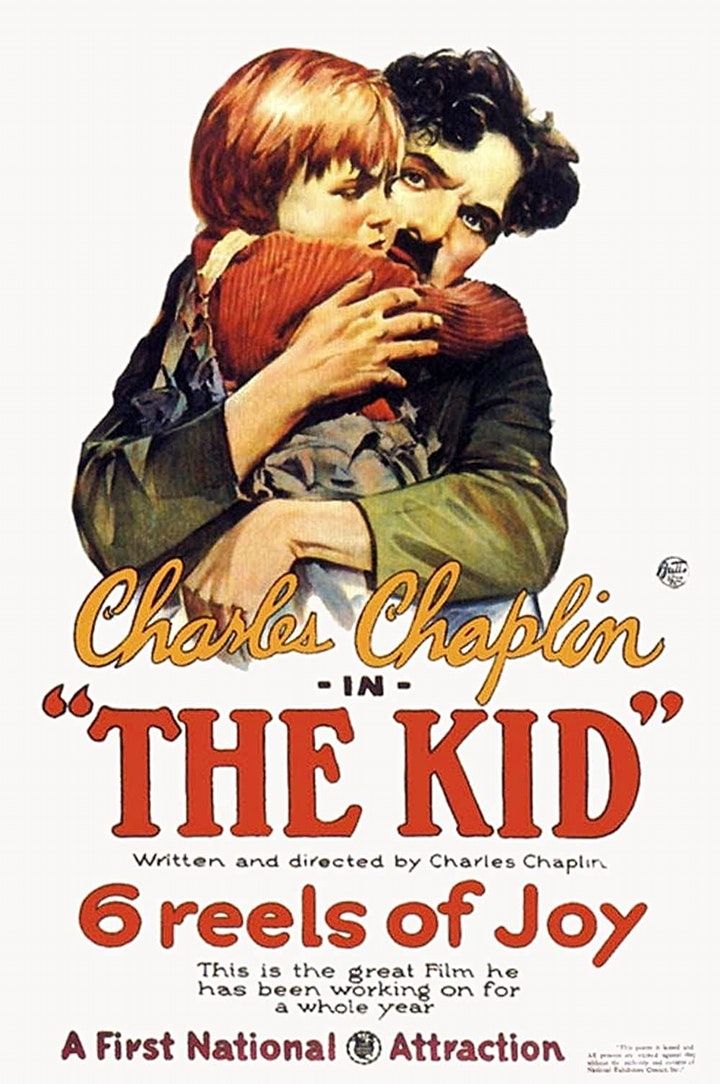 Photo: Theatrical poster for The Kid, January 1921. The feature-length film spanned six reels, over an hour of screen time.

The story is timeless: a woman decides, after much self-struggle and soul searching, to abandon her baby in the backseat of an automobile with a hand-written note attached. Assuming that it would be taken care of by the wealthy owners of the home nearby, she has no idea that the baby, by way of a comedy of errors, would end up being brought up by a kind-hearted but simple tramp, played by Charlie Chaplin.As time progresses through the movie, the focus does not only stay on the child, (played brilliantly by Jackie Coogan) and his new parent, but also presents to us the birthfather of the child, follows the child’s mother and her career, and bestows a generous smattering of American characters offered through the lens of the day. As time progresses, the plot becomes increasingly involved, poignant, heart rending, hilarious and ridiculous--and always remains a human story.

Not to be overlooked is the fact that this film, exactly 100 years old this year, portrays an America full of diversity, hope, energy and tragedy: indeed, a presentation for our own time and our own thoughtful consideration. -- Peter Krasinski

The film premiered on January 21, 2021 at Carnegie Hall in a benefit for the Children’s Fund of the National Board of Review of Motion Pictures. This film is considered one of Chaplin's most personal and autobiographical works. Having suffered a personal tragedy when his own infant son died at three days old, Chaplin began to audition child actors for the role of the abandoned orphan ten days later. He met the 4-year-old Jackie Coogan by chance in the lobby of a theater where his father had performed, and spent over an hour talking to the boy. Soon Chaplin engaged the young Jackie to work on The Kid, and together they shaped the story of the lovable Tramp and the resourceful and loving orphan, living in the slums reminiscent of Chaplin's own London childhood. “All children in some form or another have genius; the trick is to bring it out in them. With Jackie it was easy. There were a few basic rules to learn in pantomime and Jackie very soon mastered them. He could apply emotion to the action and action to the emotion, and could repeat it time and time again without losing the effect of spontaneity“, Chaplin remembered later. (via https://silentfilm.org/the-kid/) 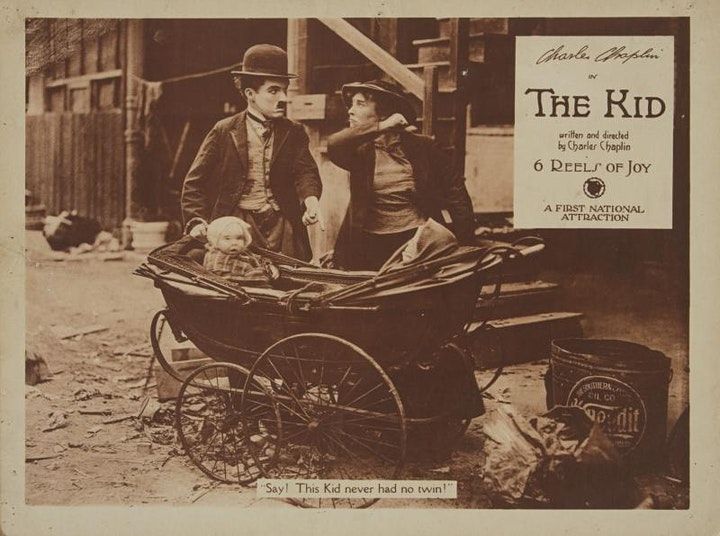 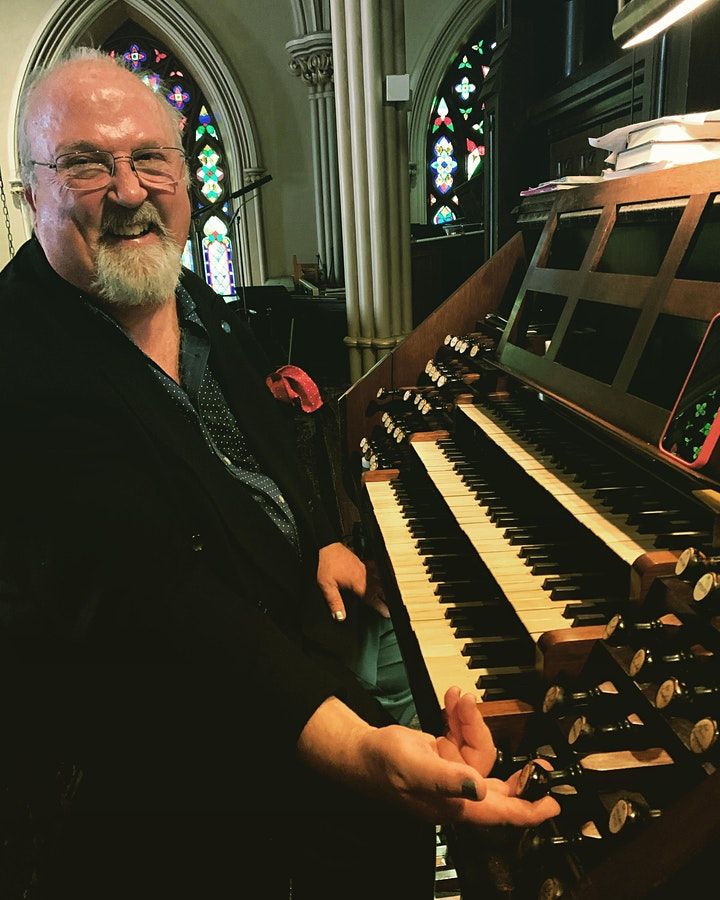 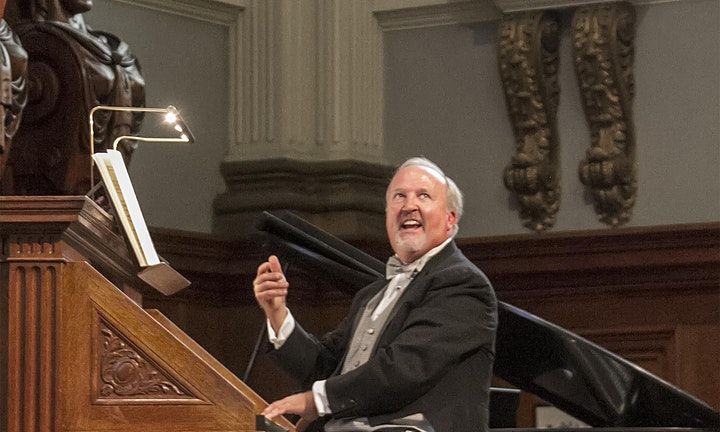 PETER EDWIN KRASINSKI is broadly recognized as a motivating consultant for the pipe organ community, and as a conductor, organist and music educator, whose imaginative and energetic performances elevate and inform audiences. Well respected in both secular and sacred genres of his field, he has taught the enchantment of music to both public and private institutions in the greater Boston area for many years. His silent film performances have been hailed in the press as “a great marriage of movie and music.”

A multiple prize-winner, he is the recipient of the First Prize in Improvisation from the American Guild of Organists National Competition. A seasoned performer, he has played recitals at Notre-Dame Cathedral (Paris), the Cathedral of Our Lady of the Angels, (Los Angeles), Holy Name Cathedral, (Chicago) and Mikael Agricola Church, (Helsinki).

Past Dean of the Boston Chapter AGO, Mr. Krasinski is House Organist at the Providence Performing Arts Center and Organist at First Church of Christ, Scientist in Providence RI. He recently presented Master Classes at the Sibelius Academy, Helsinki, Finland. He holds both a Bachelor of Music Degree in Music Education and Organ Performance, and the Master of Sacred Music Degree from Boston University. 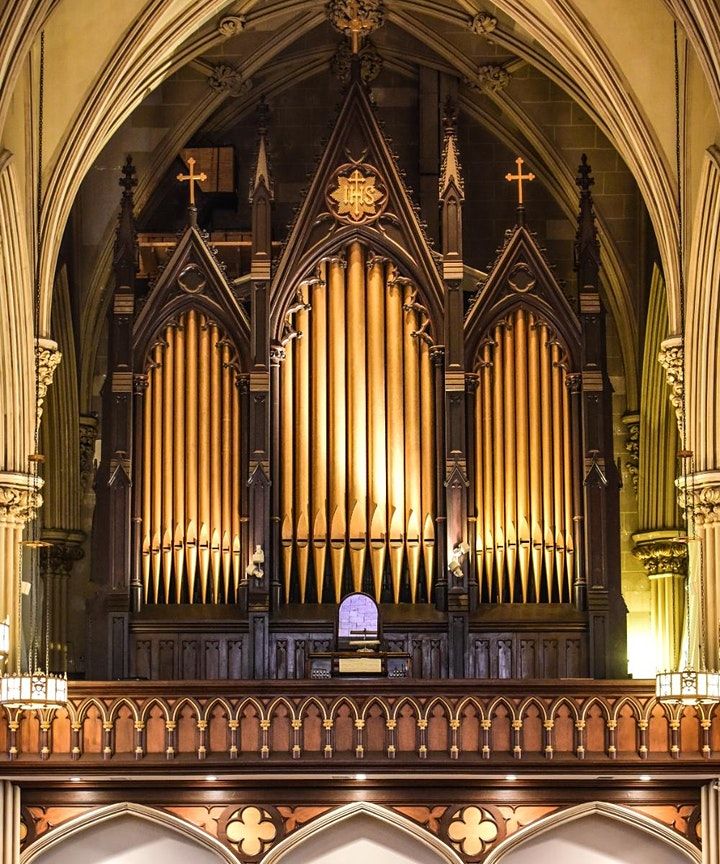 This organ is one of New York City’s historic gems. It was constructed by the world-renowned New York City organbuilder Henry Erben (1800–1884). It is the only extant three-manual Erben organ, and is the only large, mid-19th-century Henry Erben pipe organ left in America, intact, in its original acoustic space. The organ has logged more than 150,000 liturgies and thousands of hours of rehearsals and concerts over 150 years. Support the Erben restoration

A masterpiece of musical and visual art, its nearly 2,500 pipes still speak with grandeur and eloquence. Henry Erben’s factory in the 1840s was one of the largest in the city. He shipped instruments to cathedrals and churches in Havana, Guatemala, Venezuela, Colombia, and the new territories of the American West. Erben employed skilled European and American craftsmen, some of whom signed their names to the pipes they crafted.

Host or PublisherFriends of the Erben Organ