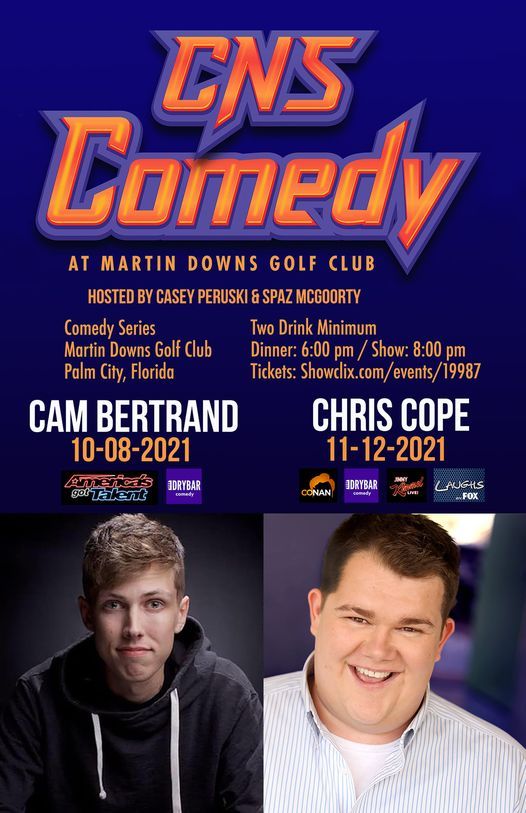 Cam Bertrand America's Got Talent
Friday Oct 8th Martin Downs Palm City
Show at 8:00pm Dinner 6:30-7:30
$22.00 - $38.15
18 and Over
Casey N Spaz Comedy are back in Martin Downs Palm City Friday Night Oct 8th show starts at 8! We have a special event planned for you! Your headliner was just in NBC's America's Got talent were the judges gave him 4 yes's, has a Dry Bar Comedy Special, has over 80 millions online views it's Cam Bertand! Plus on this show we are offering a dinner buffet from their amazing new chefs and you choose one of three times to eat! Show starts at 8! Dinner menu will be posted shortly but some many people have been asking we wanted to get ticket sales live! All ticket are a 2 drink minimum. Price of Buffet include taxes and tip for buffet but not tips on drinks.
2nd show
Cam and Dan will be at Casey N Spaz Comedy Corner the next night Oct 9 at Sunrise Theatre Black Box Fort Pierce
Headliner Cam Bertrand!
Just seen on this season of NBC’s America’s Got Talent, Dry Bar Comedy Special and Winner of Florida’s funniest Contest!
It took Cam all of 3 weeks to drop out of college at FAMU to pursue comedy full time at the age of 19.
In 2019, Cam Bertrand became the youngest comic to win the ‘Florida’s Funniest’ competition, beating out over 300 comics, previous winners include Daniel Tosh, Bert Kreischer, Erik Myers, Ken Miller and JB Ball.
In that same year, Cam also became the youngest comedian to record his own half hour comedy special with Dry Bar comedy, his special ‘Sophisticated Ignorance’ which has garnered over 80 million total views since its release.Cam recently appeared on Season 16 of ‘America’s Got Talent’ receiving a “Yes” from all 4 celebrity judges, Simon Cowell, Heidi Klum, Sophia Vergara, and Howie Mandel.
He has also worked with some of the biggest names in comedy today including: Joe Rogan, Andrew Schulz, Bert Kreischer, Pete Davidson, Hannibal Buress, Michael Che, Josh Blue, and Mike Epps. http://www.cambertrand.com/
Feature Act: Dan Weeks
Dan’s a charmingly weird dude, his comedy is described as “so smart it’s stupid” and “it’s a party every time he steps on stage.” His credits include Big Sky/Laughing Skull/Boston Comedy festivals, featured comedian on Fox networks, Weather Gone Viral on The Weather Channel, Abercrombie & Fitch, and featuring in the film American Dirtbag.
Hosted by:
Casey Peruski and Spaz McGoorty aka Casey N Spaz!
https://www.showclix.com/event/cam_oct8
Advertisement 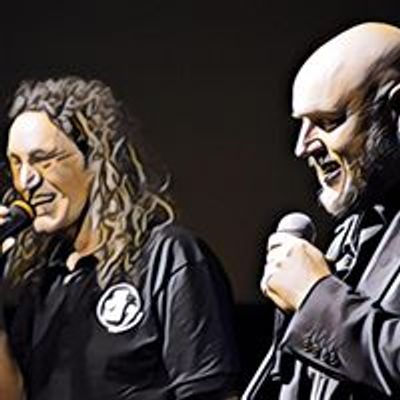