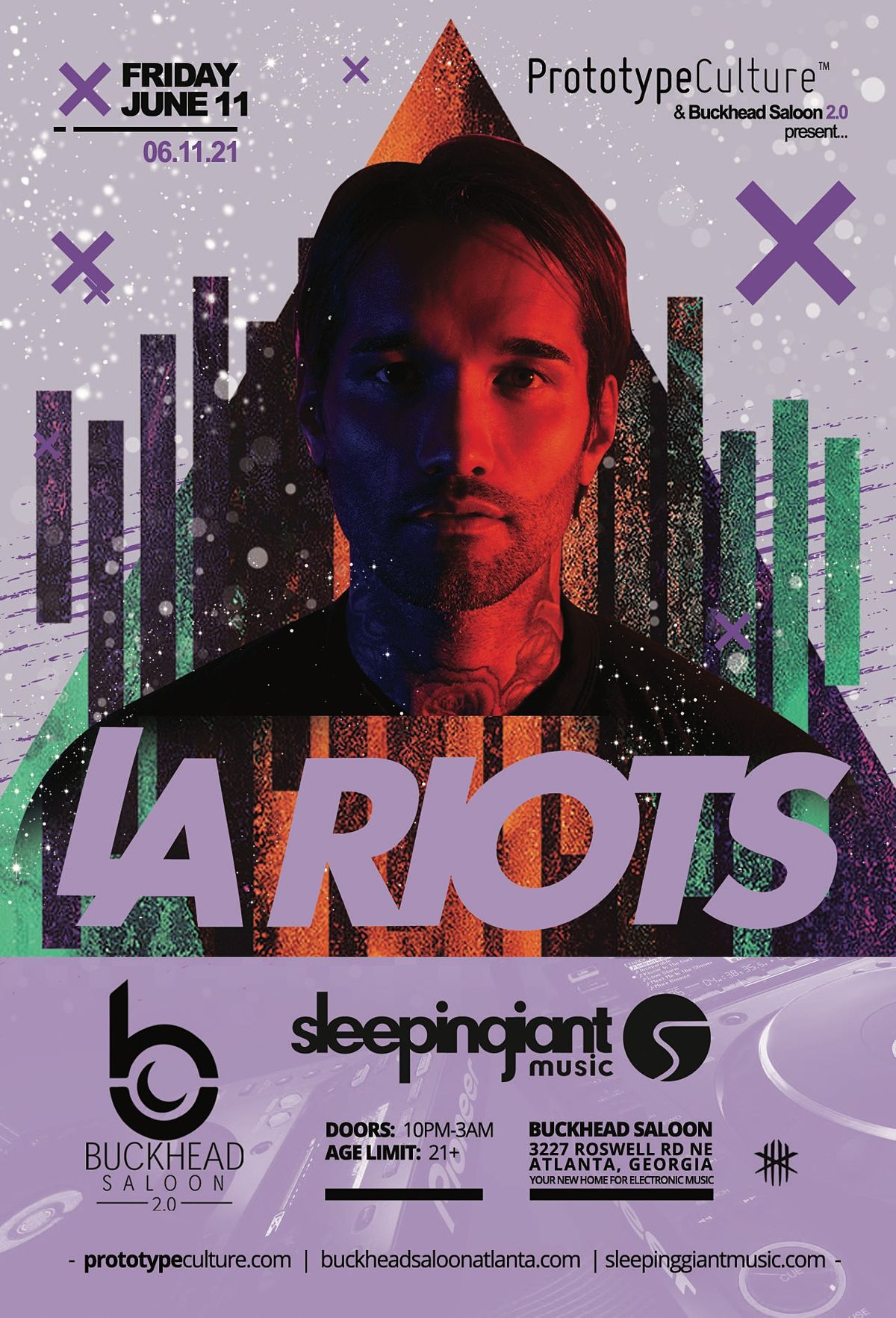 PrototypeCulture & Buckhead Saloon 2.0 bring to you the next installment of 'Buckhead Sessions' featuring LA Riots
About this Event

A lot has happened since LA Riots introduced a bawdy blend of Indie Rock, Alt Dance & Electro music to the world in 2007. Formed by Daniel Linton and John O'Brien on the 15th anniversary of the 1992 Los Angeles Riots, the group was named as a reflection of their aggressive and rebellious sound. An attitude not commonly found in Electronic Dance at the time, it differentiated them from the worldwide DJ pack. However it was taken; their approach achieved the group multiple successes early on, including becoming North American tour support for MSTRKRFT and the Bloody Beetroots as well as singing to A-Trak's label, Fools Gold. That same year they landed on the lineup of Australia’s Global Gathering Festival alongside Kraftwerk, Mark Ronson and DJ Sasha, exposing them to a global audience.

Over the years, their broad musical scope has led to plays from some of the biggest names in the industry. LA Riots production is varied, but their quality control and precision in the studio creates a sound that translates the party straight to the dance floors, including remixes of acts like Weezer, Kylie Minogue, Justice, Lady Gaga, 30 Seconds To Mars, MSTRKRFT, Tiesto, Katy Perry, AFI, and Tricky, to name just a few.

It is those same high-profile productions that has prompted them to land even higher profile gigs. They’ve toured with The Crystal Method and a second outing with MSTRKRFT as well as appearances at Chicago’s Lollapalooza, ULTRA Music Festival in Miami (3x), Electric Zoo, I♥Techno, Belgium’s Pukklepop Festival and Coachella. Additionally, Beatport named them as “Break Out Stars” at the 2010 Winter Music Conference and they were invited to go on the first ever electronic music tour across America with Avicii, Steve Aoki, Kaskade, Steve Lawler, Modeselektor, Booka Shade, Rusko and more.

Since then LA Riots has gone on to release on various labels including Ultra, Dim Mak, Musical Freedom, Spinnin, Buygore and Interscope. Partnering with brands such as Sol Republic, Lexus, Red Bull, Lululemon and Arnette along with appearances on NBC and a feature in Steve Aoki's Bud Light Platinum Super Bowl commercial has demonstrated their ability to go beyond the role of just being DJ’s.

This year LA Riots has released a steady series of originals on respected house labels like Be One, Country Club Disco, Psycho Disco!, Spinnin and Great Stuff Recordings with several more in the pipeline with labels like Armada and Understated. They've earned top listings on Spotify’s Housewerks playlist along with several others, resulting in millions of plays for songs like House Philosophy and House Is A Feeling, and a current monthly Spotify listener base of 350,000 and growing. 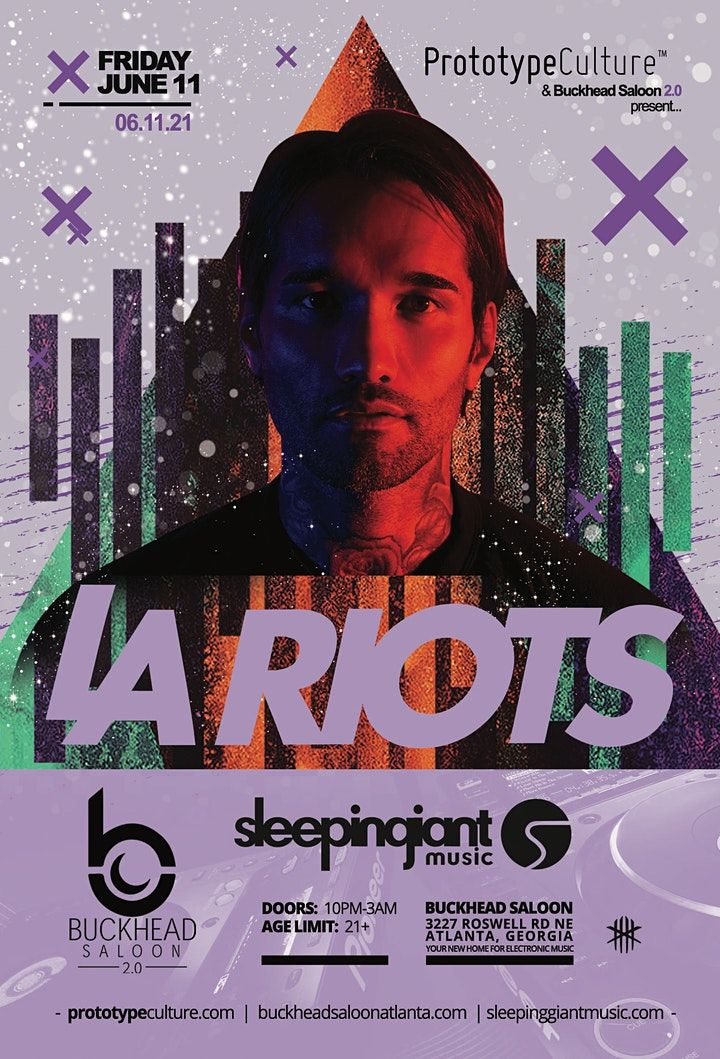 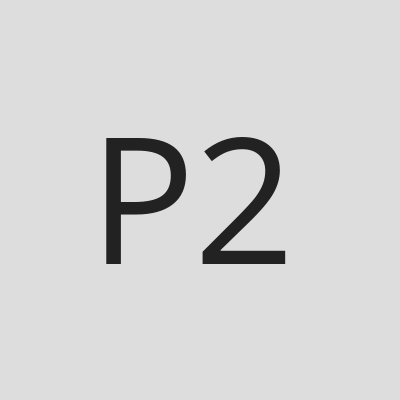