Book Launch: “Walks Through Memories of Oblivion” by Feña Torres 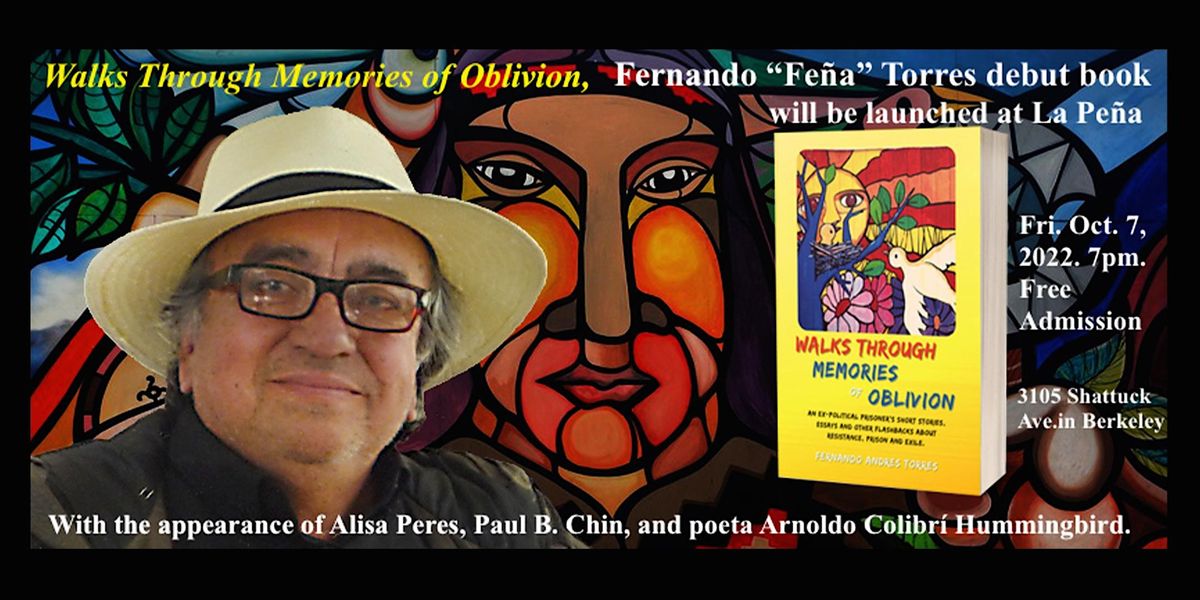 Advertisement
Join us for this special book launch at La Peña Cultural Center!
About this Event

SAVE THE DATE! ““, a book written by beloved community member Fernando “Feña” Torres will be launched at La Peña on October 7th!

This book is a collection of short stories and essays about resistance, Pr*son, and exile; a creative nonfiction narrative based on true events. This is a debut book by Fernando ‘Feña’ Torres, who at 18 years old was a political prisoner during the military regime that, with the help of the United States, overthrew democracy and established a brutal civic-military dictatorship (1973-90) in Chile.

Next year, 2023, will mark half a century of the first 9/11; an event that shocked the world and ended with the thousand-days of Allende’s autochthon peaceful Chilean way to socialism, “and turned my world upside down forever,” Torres recalls.

Looking back into his memories, Torres continues: “In a few months the dreams of a more just society were smashed into bloody pieces… The dreams were shattered but not destroyed… an underground Resistance Movement spread throughout the country spearheaded mostly by women, relatives of the prisoners and of those who disappeared. One year after my first 9/11, I re-joined the Revolutionary Student Front… ”

“ … powerful stories of political repression, unfathomable cruelty, and transcendent solidarity… Written against the vast burials of history in human terms, this book insists on exhuming what rarely emerges from the routine of lying silence. No history of Chile — or of the world as a whole — can be anywhere near complete without the truths that Torres intensely reveals in these pages.” —Norman Solomon, Journalist (Executive Director, IPA Institute for Public Accuracy Washington DC).

The event will have the special appearance of:

Under the dictatorship of General Augusto Pinochet, Torres joined the Chilean resistance and in 1975 he was arrested by the regime’s secret police. While imprisoned, he recited poetry and hand-wrote messages with quotes about optimism and hope to pass among fellow prisoners. After being expelled from Chile and exiled in 1977, Torres continued to write poetry and short stories. His first book of poetry, co-authored with Victoria Miranda; On the Edges of a Countryless Weariness, was published under his pseudonym Camilo Feñini by Ism Press in 1986. Some of Torres’ fiction and non-fiction stories have been published in many magazines including ME: Multicultural Echoes, the magazine of the Department of International Languages, Literatures and Cultures of Chico’s California State University.

Torres has also been awarded fellowships by the New America Media in San Francisco. In 2018 his story Head Stew was selected as The Best New Writing 2018 by Hopewell Publications. In 2019, Scenes of Exile, a story based on Torres’ exile, was published by The Bare Life Review Magazine, a journal of Immigrant and Refugees Literature. Other literary works by Mr. Torres have been published by Somos en Escrito Weebly; by Nobrow Fiction (2020); and by Lonely Cryptid Media (2020). Currently he is a member of the Advisory Board of ExposeFacts.org, and of the review panel of The Intrepid News Fund.

As a composer and musician, Torres was a founding member of Latin American music ensemble Grupo Raiz, and have collaborated with many international musicians such as David Byrne, and shared the stage with American jewels like Pete Seeger and Holly Near. 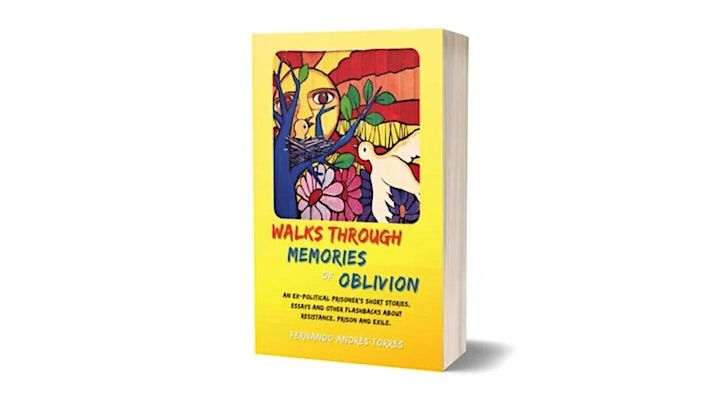