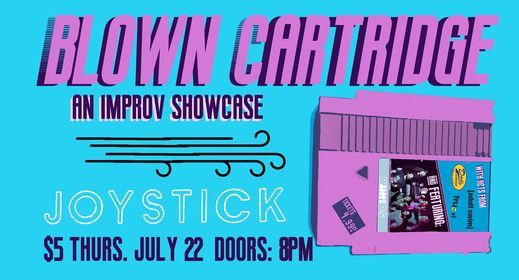 $5 General Admission
Doors open at 8, Show starts at 8:30
Tickets available online or at the door
The only show in Atlanta where improvisers from every other theatre can come together for 60 minutes of laughs. Featuring acts who have performed at Adult Swim, TruTv, The UCB, and more!
The first part is a mixer where we form a completely new team out of seasoned performers and let the sparks fly.

The second part is our featured team of the month: Six Kids Improv. Six Kids Improv is an Atlanta-based improv troupe composed of seven young adults who would rather play pretend than accept adulthood. The six members originated in Athens, performing there for 3 years until they moved to Atlanta almost 4 years ago, and swiftly won over the hearts of the Atlanta comedy scene. Each member has over 6 years of improv experience and can be seen performing almost every weekend - so if you're in need of a laugh or a fan of comedy, you don't want to miss them.