Advertisement
Dress in your beach attire and celebrate International Reggae day in Bollywood ishtyle! More tickets available on tractortavern.com
About this Event

It's time to dress in your coolest beach & island attire to hit the dance floor in this fun costume theme party! We're celebrating International Reggae day in a very Bollywood ishtyle way. Mista Chatman & more local artists will perform to pay tribute to this.

A super cool historical venue that was leased from the Deep Sea Fisherman’s Union, the Tractor is housed in a building erected back in 1902 that reportedly once housed a Scandinavian dance hall and later a string of concert venues such as the Prairie Schooner and New Melody Tavern.

DJ Gabbar is a man of many talents hailing from India and specializes in Bollywood beats but he has an appreciation for music genres and styles that span the globe. He is always pushing the envelope in testing out what new beats he can introduce the crowd to. He's all set to rock the decks all night long with his special spicy masala music mix featuring Seattle's best Bollywood with some top 40 and Latin hits sprinkled in. You don't want to miss his nonstop beats and if you're lucky he might break out his dhol!

Mista Chatman is a Seattle legend with roots in the Bay Area and Vienna. Word of his talents began to spread up north to British Columbia, Canada and he began being requested to perform at many local Reggae events there. While in Canada, he caught the attention of Canadian world fusion band Dehli2Dublin and was invited to be a guest vocalist on their debut album. The collab track "Celtic Dub" was a hit off the album and he was invited to perform with the band at many venues and music festivals all across British Columbia. At the same time, His own productions began to get noticed again too, and his Bhangra flavored Ragga track "Crown Mi King" was picked up by a Canadian licensing agency and featured in several TV shows and commercials.

SPONSORS We love when local businesses want to sponsor us and take advantage of our massive marketing campaigns. Do inquire how you can benefit for as little as $100!

Guidelines for Wicked Karma Events Creating a safe & inclusive space for people to dance and have fun is the number one priority at every event. There is a zero tolerance for bigotry, sexist, racist remarks, and poor behavior including but not limited to fighting, inappropriate touch, etc. Anyone found engaging in such behavior will be immediately removed from the event & risks being banned from future events If you see something, say something by bringing it to the attention of the venue staff or Wicked Karma staff / Christie directly.

Photos and Videos By attending a Wicked Karma event, you acknowledge that photos and videos taken during the event could be used for promotional purposes on our platforms.

Booking Services for Private Events Wicked Karma can help make your dream event come true. Whether its weddings, cultural celebrations, birthdays or other private events and even corporates we have customizable packages to fit any budget. Go big and explore special lighting, sound, and even celebrity bookings as well! More at wicked-karma.com

About Wicked Karma WK was founded by Christie Sanam and Rohit Batra (DJ RDX) in 2013. Rohit has moved on to develop Sur in Seattle focusing on his love and talent of original Hindi music and Christie is on a never ending quest to make as many people dance in her lifetime as humanly possible. WK founded the very first Bollywood Yacht party in Seattle and has done such creative things as touring folks to Leavenworth for a very Bavarian Bollywood event, the first Bollywood Silent Disco in Seattle, the first Bollywood Traffic Light party in Seattle and so much more. WK has had a focus on producing top tier nightlife entertainment in Seattle in addition to producing Bollywood celebrity events. WK has had the pleasure of hosting AR Rahman's 2018 tour, Javed Akhtar & Shabana Azmi, Pankaj Kapoor & Supriya Pathak, Saurabh Shukla, Kalki Koechlin, Ranvir Shorey, Rajat Kapoor, Vinay Pathak, Saif Ali Khan, and so many more. WK has played at The Baltic Room, Acquabar, Corbu, the Crocodile, Hard Rock, Showbox Sodo, Stage Seattle, Fremont Foundry, Studio 7, Seattle Design Center, Emerald City Trapeze Arts, the Islander, and we also had a great monthly run at Club Contour until we lost her to Covid WK's current resident DJ Is DJ Gabbar but also loves to work with DJ RKay when he's not busy being a dad and is always open to exploring new ideas events and musicians to help showcase local talent.

Wicked Karma would like to acknowledge that we are operating on the traditional land of the first people of Seattle, the Duwamish People past and present and honor with gratitude the land itself and the Duwamish Tribe. 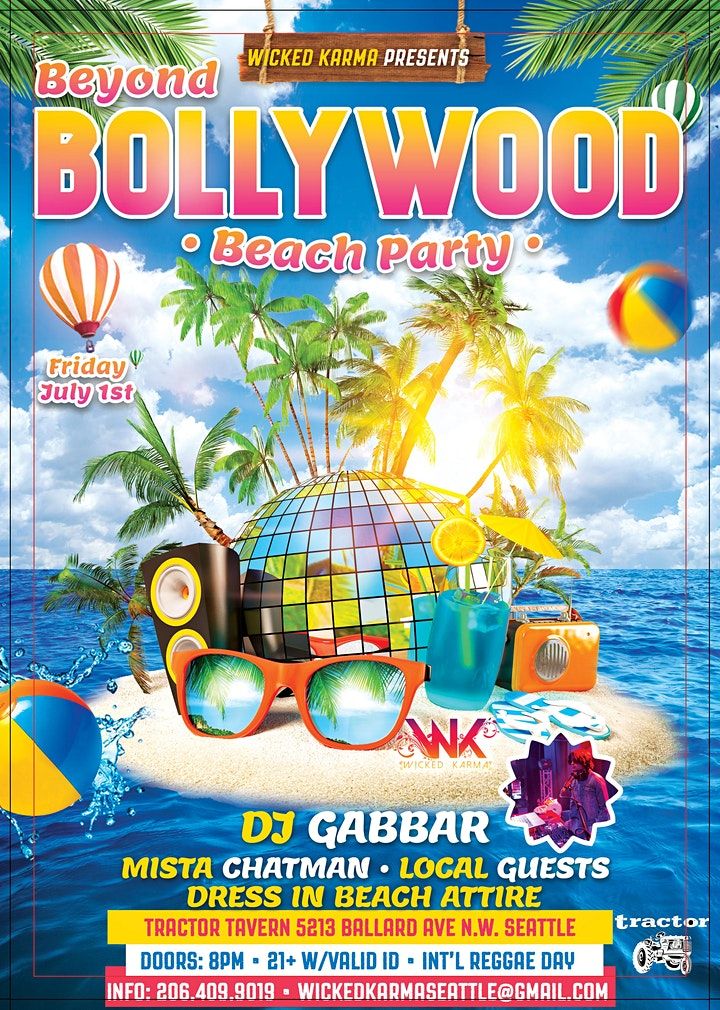 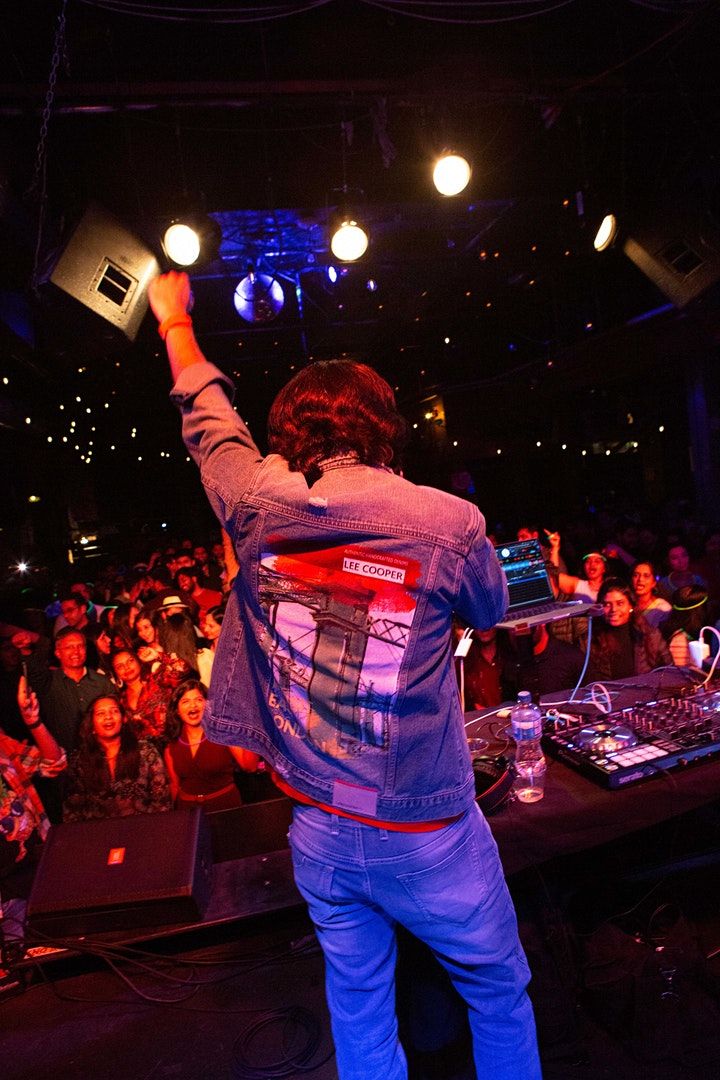 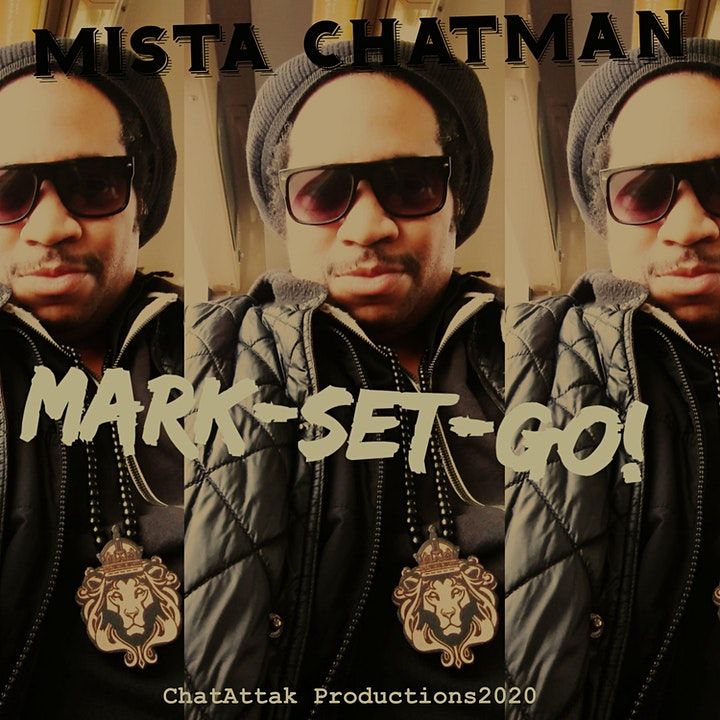 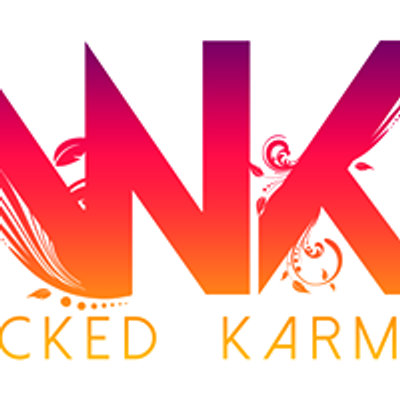