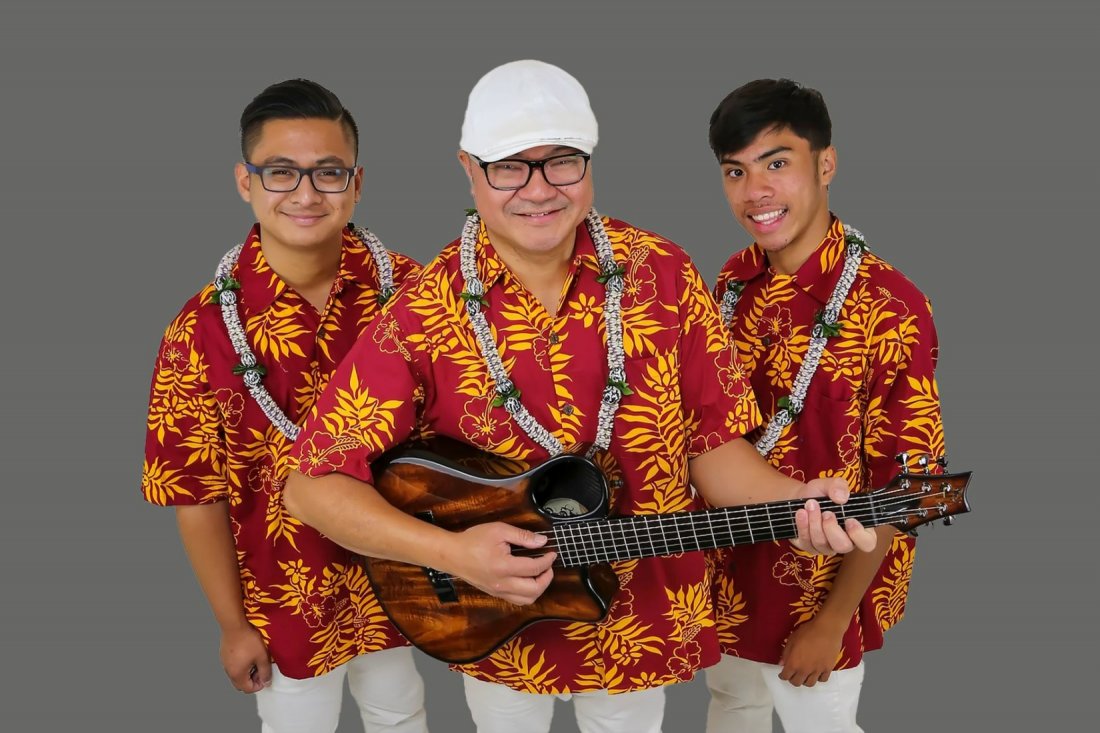 A native Hawaiian who was born and raised in California to Hawaii-born parents Landeza found his roots in the music shared with him by his mother. The songs that she taught him many of which are on his new release were songs that she learned growing up in Hoʻolehua Molokaʻi. Surrounded by music his entire life he learned guitar as a teenager by observing his Uncles at backyard family gatherings. The music he grew up listening to had sparked an interest in the traditional art of slack-key connecting Patrick with some of kī hōʻalu’s most legendary names: Cyril Pahinui Raymond Kāne George Kuo and Dennis Kamakahi. Under their tutelage the network of roots that his mother had carefully established grew and Patrick’s style of music became firmly rooted in slack-key.

Landeza has assembled some of his favorite tunes in this new CD offering a collection that celebrates his commitment to mentor a new generation of musicians in the same traditions that were instilled in him. “Hawaiian music is dynamic changing and evolving with the world around us. But through this creative process one must never lose sight of our roots those ties that bind us to the foundation so carefully laid by those that came before us” exclaimed Landeza.

As a veteran musician composer and producer Landeza earned a Nā Hōkū Hanohano award from the Hawai‘i Academy of Recording Arts (HARA) - the first musician from the mainland - for his 2013 “Slack Key Huaka’i” which won for Best Slack Key Album of the Year. In 2021 he won his second Nā Hōkū for his ‘Far Away’ album and in 2019 Landeza won the Nā Hōkū Hanohano Ki Ho’alu Foundation Legacy Award an honor that recognizes Hawaiian Slack Key music’s legacy in Hawaiian mele.