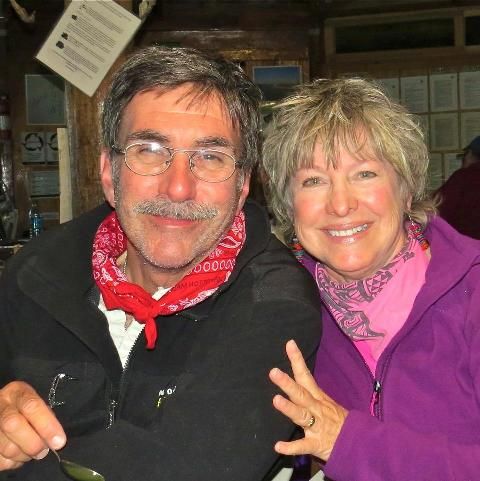 Advertisement
Please join us for a very special event as Bisbee Books & Music welcomes back author John Gentile and his marine biologist/artist wife Katie Iverson to our Bisbee Artist Series.
John will be signing his new novel "Baja Redemption" and will also be signing his other books. They will also be selling a selection of wildlife photography prints and cards.
Throughout his life, John has sought far-flung locations around the planet to observe and photograph wildlife, from Africa to Australia and from Canada to South America. His photographs capture the essence of his subjects, allowing the viewer to glimpse into their secretive lives. His writing draws from many life experiences as a physical therapist, naturalist, dolphin researcher, sea kayaker, SCUBA diver, and adventure trip leader. Since 2009, John and his marine biologist/artist wife Katie Iverson have been leading whale watching trips to Baja California Sur through their company Wild Spirit Journeys (www.wildspiritjourneys.com). As a writer of novels, short stories, and screenplays John’s writings are filled with memorable characters, sharp dialogue, and a sense of place, making for page-turning adventures that are hard to put down.
John and Katie live in Tucson, Arizona with two chows, Jet and Ri-Lee. Since 2006, their backyard, named “Jurassic Cafe,” has become a favorite dining location for local birds, reptiles and other desert denizens. To view Katie’s paintings, sculpture and photographs, go to www.katieiverson.com.
"Baja Redemption"
Former Army Ranger Jake Spinner spends most of his days in a tequila-induced fog. Between bouts of binge drinking and episodes of severe PTSD, he works as a fishing guide in a sleepy village in Baja California Sur, Mexico.
After the body of Spinner's estranged fishing partner washes up on the rocks, he becomes obsessed with finding his friend's murderers. His search leads him to a reluctant alliance with Emily Rosen, a feisty New York Times reporter, and a team of marine biologists. They've discovered an illegal Japanese dolphin hunt and whaling operation run by the Yakuza, vicious criminals who will stop at nothing to harvest these valuable marine mammals.
Outnumbered and outgunned, Spinner, Rosen and an unlikely assemblage of scientists, activists, and fishermen must come up with a plan to stop the impending annihilation--without getting themselves killed in the process.