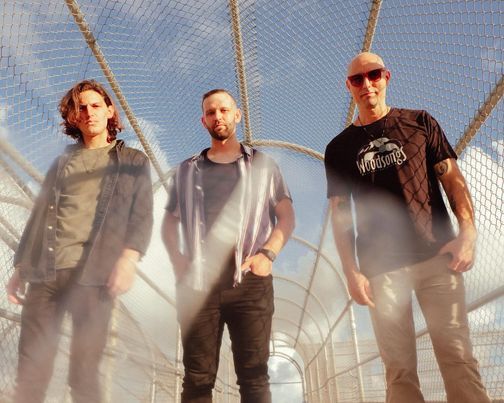 Advertisement
Anemoia is a song based, groove centered Trio made up of Armando Lopez, Andres Ferret, and Aaron Lebos. The band was born through improvisations caught on voice notes, then later transcribed into recorded song. Their self-titled debut record released just weeks before the global pandemic. During the pandemic the band used the time to start and finish their sophomore album “Lost the Plot”.

The band in their first year has been lucky to have performed several exciting shows including: A sold out album release show (official ground up preparty), Nudeco Ensemble’s live streamed collaborative suite of the band’s original music, and opening for legends John Medeski, Skerik, and Stanton Moore at another sold out show in Miami. They have also been remixed by Miami greats, Afrobeta.
“The music and performance showcases Anemoia’s rare mix of muscularity and elegance; of their comfort as improvisers and their strength as songwriters.”
- Matt Helm of "LaReserve"
“Though the name might be new to many of your radars, the musicians that make up this psychedelic funk trio are far from it. Aaron Lebos, Andres Ferret, and Armando Lopez are easily some of the most sought-after musicians in town, playing in notable bands like Electric Kif, Aaron Lebos Reality, and Nu Deco”