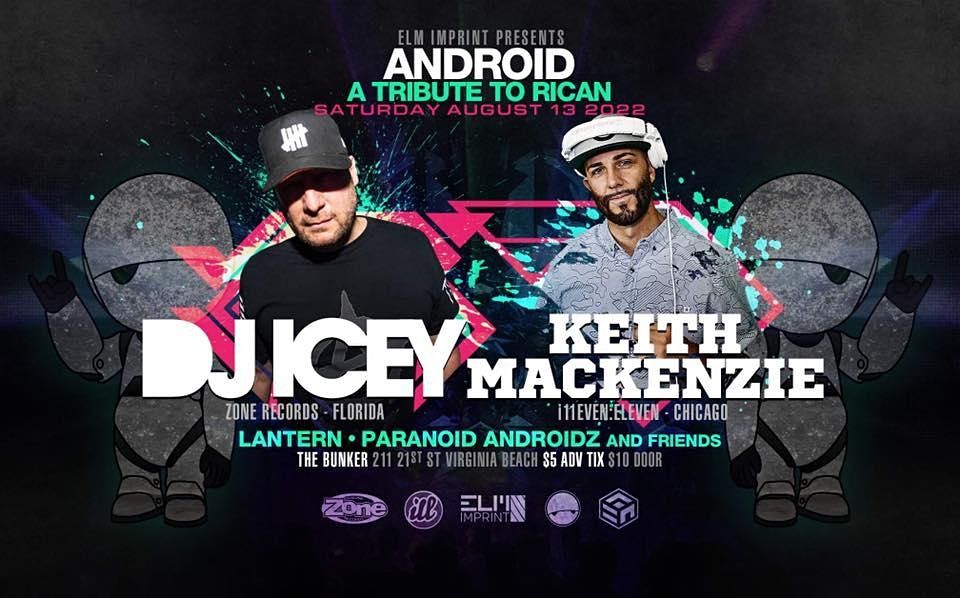 A tribute to Rican

U.S. based DJ Icey developed his passion for the beat by his steady diet of Miami Bass, 90s Hip Hop, Freestyle and Acid House back in the day. On the strength of his late 90s singles and album output, championed by DJs the world over. Icey burst onto the global scene with his award-winning Essential Mix compilation released on FFRR in 2000. This Breakbeat legend's dedication to DJ'ing and Producing has earned him high acclaim from music fans to industry professionals.

DJ Icey, real name Eddie Pappa, is a DJ, artist, producer and label head. Icey's signature sound of deep dirty bass, fat beats and melody serve him and his legions of fans on the dance floor well. His chart topping productions in multiple genres are embraced by DJs worldwide. Icey’s success can be attributed to his relentless workflow, from constant touring to non stop studio action, where he is either crafting new original music or putting his signature touch on tracks for remixes and rerubs to play in his legendary energy filled DJ sets and Mix Shows.

For well over a decade Icey’s trademark sound of bass and beats has sound tracked dance floors worldwide. His indie label Zone Records is a top player in the worldwide Booty Bass / Breaks scene.

Chicago-based breakbeat music stalwart Keith MacKenzie is the driving force behind the long-running Illeven:Eleven Recordings label and crew. Under his stewardship, the label built a reputation for releasing quality collaborations from a diverse roster of artists, making it a Beatport mainstay in the process. As early proponent of the “booty bass” sound, he’s dropped singles on likeminded labels like Zone Records, Hot Cakes and Punks and toured the globe in support. In 2012 Keith teamed up with long-time creative collaborators Fixx and D:RC to form Smookie Illson, a new bass music alias as an outlet for studio experiments that sometimes fall outside the umbrella of breakbeat music. The trio found their footing in the nascent EDM scene and started churning out remixes and originals at a brisk pace. Their 2013 bootleg remix of Yo Majesty’s ‘Club Action’ turned into one of the longest-running festival season selections, gaining support year after year from some of the bass scene’s biggest names. Having been involved in dance music long enough to watch it grow into the big business it is today has taught Keith the value of being self-reliant and staying insulated from flash trends. This knowledge and experience has allowed him to maintain his steady rising career arc as both artist, label boss and esteemed party rocking DJ.