Ailsa and the Seahorses & Mally Smith

The Out of the Blue Drill Hall | Edinburgh, SC 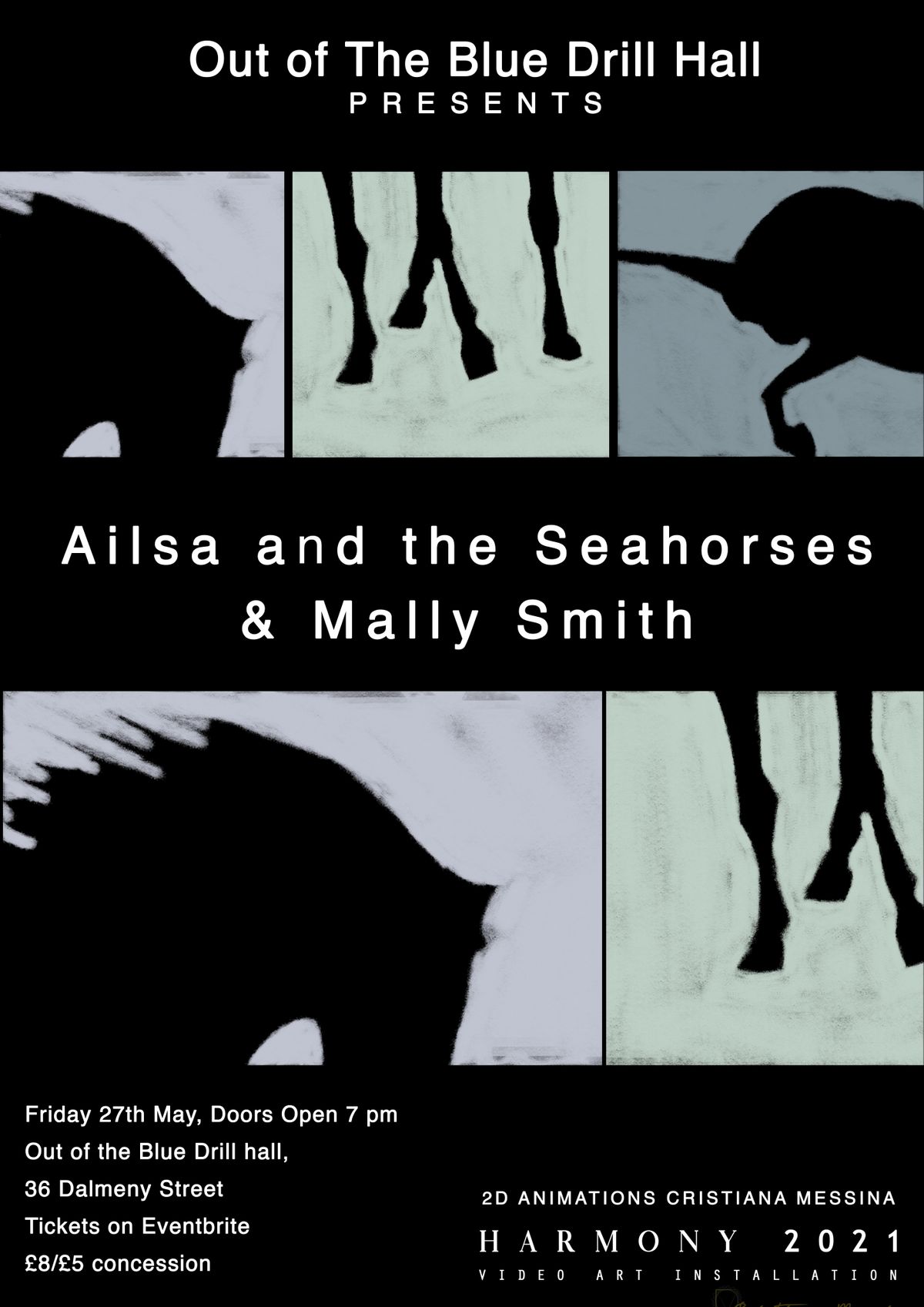 Ailsa and the Seahorses

With songs characterised by hypnotic melodies and dreamy guitar chords, Scottish singer-songwriter Ailsa McEwan has crafted her own distinct brand of ethereal indie. Performing under the name Ailsa and the Seahorses, she combines the atmospherics of dream pop and shoegaze with a singer/songwriter tradition to make songs rich with a hopeful melancholy. Now based in Berlin and playing with a full band, she is set to record her debut album this year. We have caught her in our web whilst she is briefly back in Edinburgh for a magical dusky performance under the setting sun at the Drill Hall.  ailsaandtheseahorses.com

Mally Smith is a singer-songwriter from Boston, now living in Edinburgh. Mally’s childhood love of the melancholy ballads of the British Isles and the poetic, political songs of the American folk-revival fuel her thoughtful and beautifully honest songwriting. Mally’s fourth studio album entitled “Free” was released in August 2021. The album is a collection of songs that explore the cycles and spirals of life, death, love and nature. Each one is an invitation, a doorway, to a world full of nuance, magic, tension, and a full spectrum of feeling. Reminiscent of Anais Mitchell, Shawn Colvin and a young Joni Mitchell, Mally combines tasteful guitar and poetic lyrics with a clear voice that will melt your heart. mallysmith.com

C. Messina (b.1991) is a visual artist, living and working in Edinburgh Scotland. Originally from Italy, Cristiana has followed the path of the artist from a very young age.

For the past 10 years she has been searching for her own voice, exploring techniques such as digital illustration and painting. This has led to her developing pathways between the worlds of fine art and new media that find a natural home in the discipline of 2D animation.

Her extensive knowledge and experience in this space form has seen her develop video art installations and exhibit them internationally. cristianamessina.com

The Out of the Blue Drill Hall, 36 Dalmeny Street, Edinburgh, United Kingdom

Host or Publisher The Out of the Blue Drill Hall