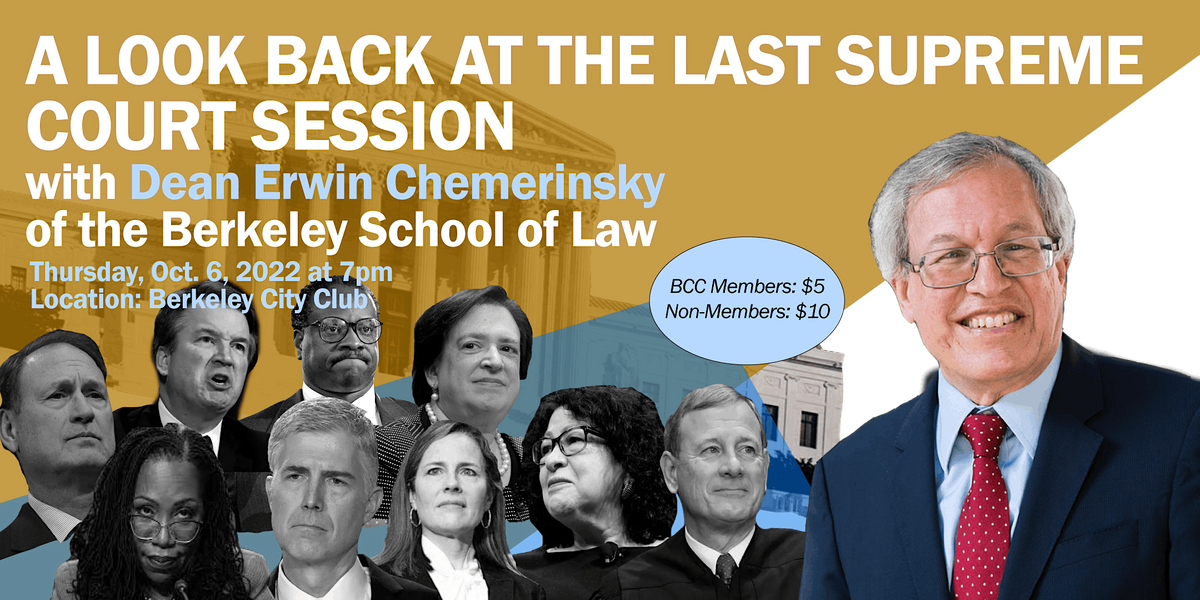 Advertisement
What will these decisions mean for our rights and our society? What can we expect next from the nine Justices?
About this Event

The word momentous does not begin to describe the most recent session of the US Supreme Court. Arguably the most significant in decades, it brought the overruling of Roe v. Wade, the dramatic expansion of gun rights, the aggressive protection of free exercise of religion, and new limits on federal administrative power.

What will these decisions mean for our rights and our society? What can we expect next from the nine Justices? Erwin Chemerinsky, the distinguished Dean of Berkeley Law, will answer these and other questions when he returns to Arts & Culture on Thursday, October 6, at 7 p.m. (Note the change to the first Thursday of the month.)

This event is open to the public. Admission is $5 for members and $10 for non-members. Masks will be required.

Dean Chemerinsky also will briefly preview his brand new book, , which debunks this controversial approach to interpreting the Constitution. For decades, only a few extremely conservative legal scholars argued that the meaning of a constitutional provision was fixed when it was adopted. Now, however, three of the Supreme Court’s justices explicitly embrace originalism, as do increasing numbers of judges in the lower courts. Copies of the book will be on sale at the event.

Renowned for his keen analyses and clear, concise explanations of complicated legal issues, Dean Chemerinsky writes and lectures widely. His books, articles, and media commentary make legal scholarship accessible far beyond law school walls. Among his timely opinion pieces was one about the FBI search of Mar-a-Lago.

His last book, , was published in 2021, following the police killings of George Floyd, Breonna Taylor, and others. The book put these tragic cases in context, heightening readers’ awareness of police violence and the prevalence of racism in law enforcement. Dean Chemerinsky maintains these disturbing practices have persisted for decades, thanks to the courts — particularly the Supreme Court, which rarely rules against the police.

Dean Chemerinsky became head of Berkeley Law in 2017, the same year National Jurist magazine named him the most influential person in legal education in the United States. He currently serves as president of the Association of American Law Schools, He is the author of more than 200 law review articles and a contributing writer for the Opinion section of the Los Angeles Times and a regular columnist for the Sacramento Bee, the ABA Journal, and the Daily Journal. He frequently argues appellate cases, including before the Supreme Court.

We are fortunate that Dean Chemerinsky graciously returns to the City Club every October, just as the Supreme Court reconvenes. Don’t miss your chance to learn from this esteemed scholar. Invite your family and friends to join us. 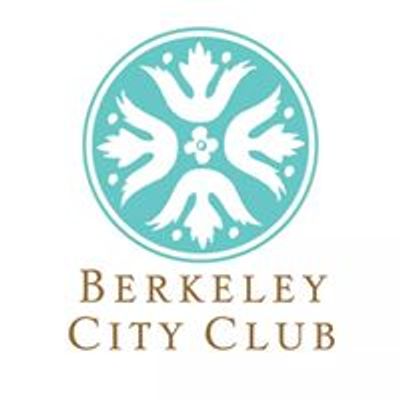